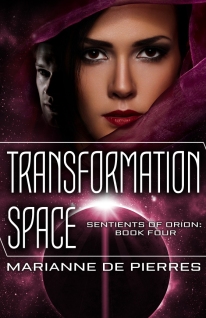 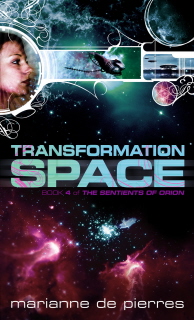 Open Road Media (US only)

“The Sentients of Orion is a complex, highly textured and riveting space opera. It’s set across an entire galaxy populated by ‘humanesques’ and other, more alien beings; the action veers from intense family drama to planet-wrecking destruction. It considers genetic engineering, religion, politics, personal responsibility and the different forms love can take. It’s both character and plot-driven, and the conclusion totally astounded me. This is a series that has changed my way of thinking about space opera, and the characters that populate it.” Asif.

“It’s fast paced, the characters rounded and Marianne always has a trick up her sleeve to keep the reader guessing as to what’s going to happen as she cleverly manipulates what you’re seeing like a talented word magician.

“It’s beautifully written, the dialogue is crisp and the pace is the thing that really keeps you glued to the last page as she knows how to excite and calm the reader down. Finally add a great overall plot to the tale and you know that it’s going to give you something a little special which makes this a serious series for a new generation that will continue to build as well as maintain a hard hitting pace. Great stuff from this antipodean author.” Falcata Times

“If you’re missing Arthur C Clarke, fear not, de Pierres is right there. This is a fine space opera, with all the elements you could possibly want. Polished and accomplished, highly superior SF.” Books Monthly.

“You will find a strong standout female protagonist in Mira and a unique and intriguing cast of secondaries. Add in an enthralling plot that takes you on a journey like no other and this series is like striking gold.” Booky Monster.

“Aussie scribe Marianne de Pierres continued her Sentients of Orion series (published by Orbit), a bit of a departure for her, delving into full on space opera mode. With the latest volume she brought events to a head, with what started as a seemingly regional attack on a planet becoming a huge scale war spread across the galaxy, personalising the vast scale through her range of carefully cultivated characters and, as with her previous works that I’ve so enjoyed, she continues to write some seriously strong female lead characters, something we need more of in SF.” Woolamaloo Gazette.